Whatever the weather may be doing - and it has rung a good many changes over the last couple of weeks - it is time for Garden Bloggers' Bloom Day.  So here is a look round at what is flowering in July.

The most reliable sources of summer color are the indefatiguible Caesalpinia pulcherrima...

...and my assorted colors of Catharanthus roseus. 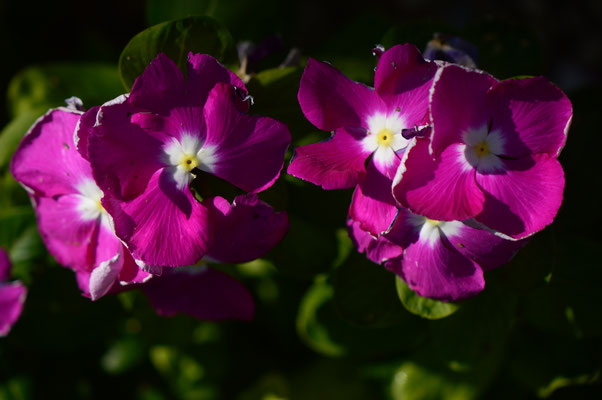 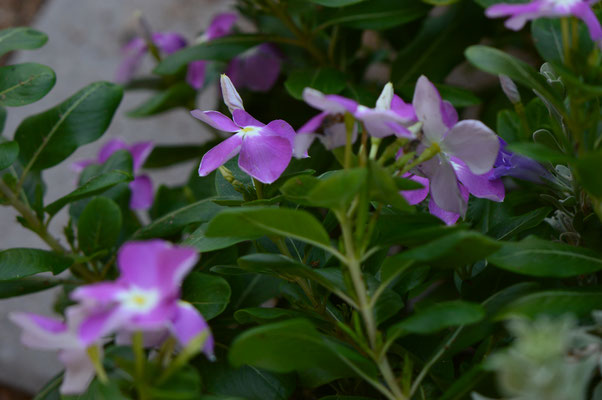 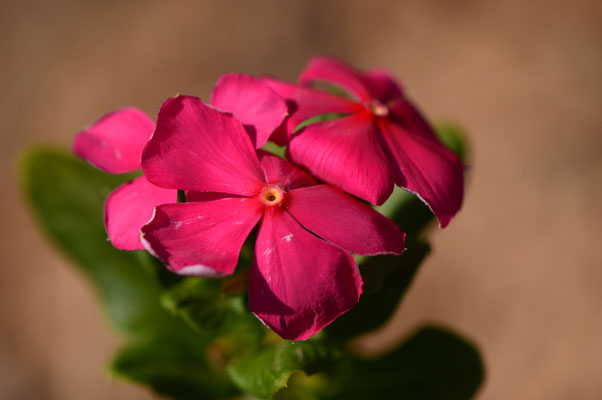 The Lagerstroemias are also summer stalwarts, but they were hit hard by the recent lack of water.  "Dynamite" is still blooming, though lightly, while "Rhapsody in Pink" has paused and is only thinking about flowering.  Both plants still appear healthy, which is more than I dared promise myself a couple of weeks ago.  It certainly demonstrates that the crape myrtles need a little more water than the desert natives, but none of the latter supply this kind of bloom in July!

One tropical I cannot coax out of its disgust at the dry conditions, is Hamelia patens.  The flower stalks continue to droop and the flowers themselves won't open.  Quite a contrast to the game little Salvia farinacea below it!  Though the latter certainly needs a good trim!

The other day I caught sight of one of our little hummingbirds (I think it was Modeste, our gentle little Costa's hummingbird) flitting around the Hamelia, unable to find any flowers from which she could glean nectar.  I promised her to put priority on getting the nectar-bearing flowers back in bloom.  Hamelia refuses to cooperate, but the rest are coming along.  Here are some of the best: Salvia greggi, Cuphea ignea "Vermillionaire", and Russelia equisetiformis "Big Red". 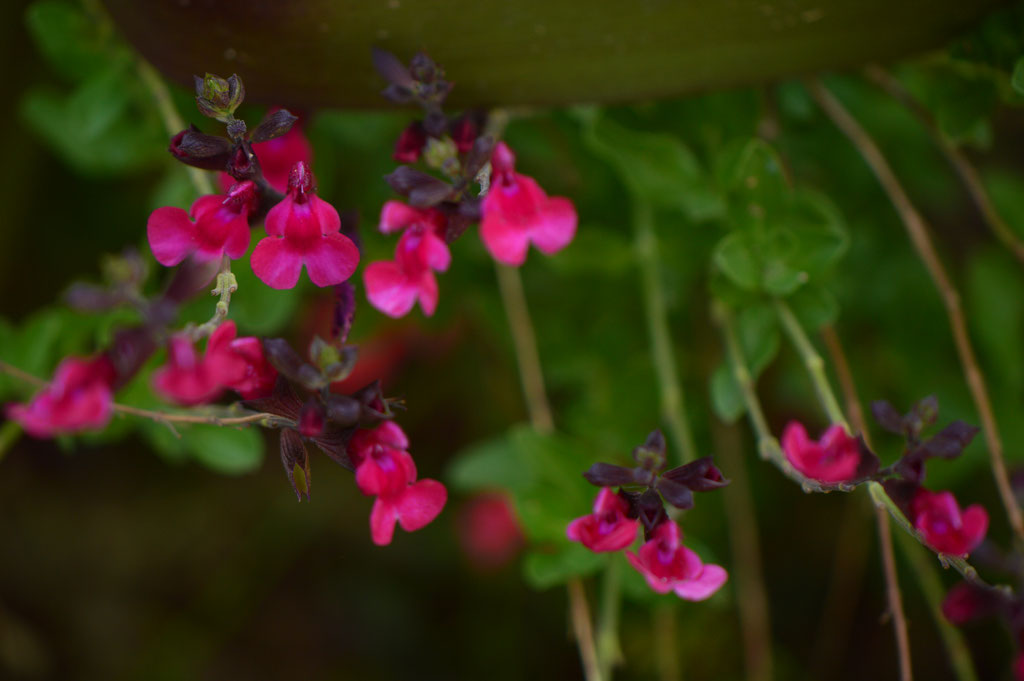 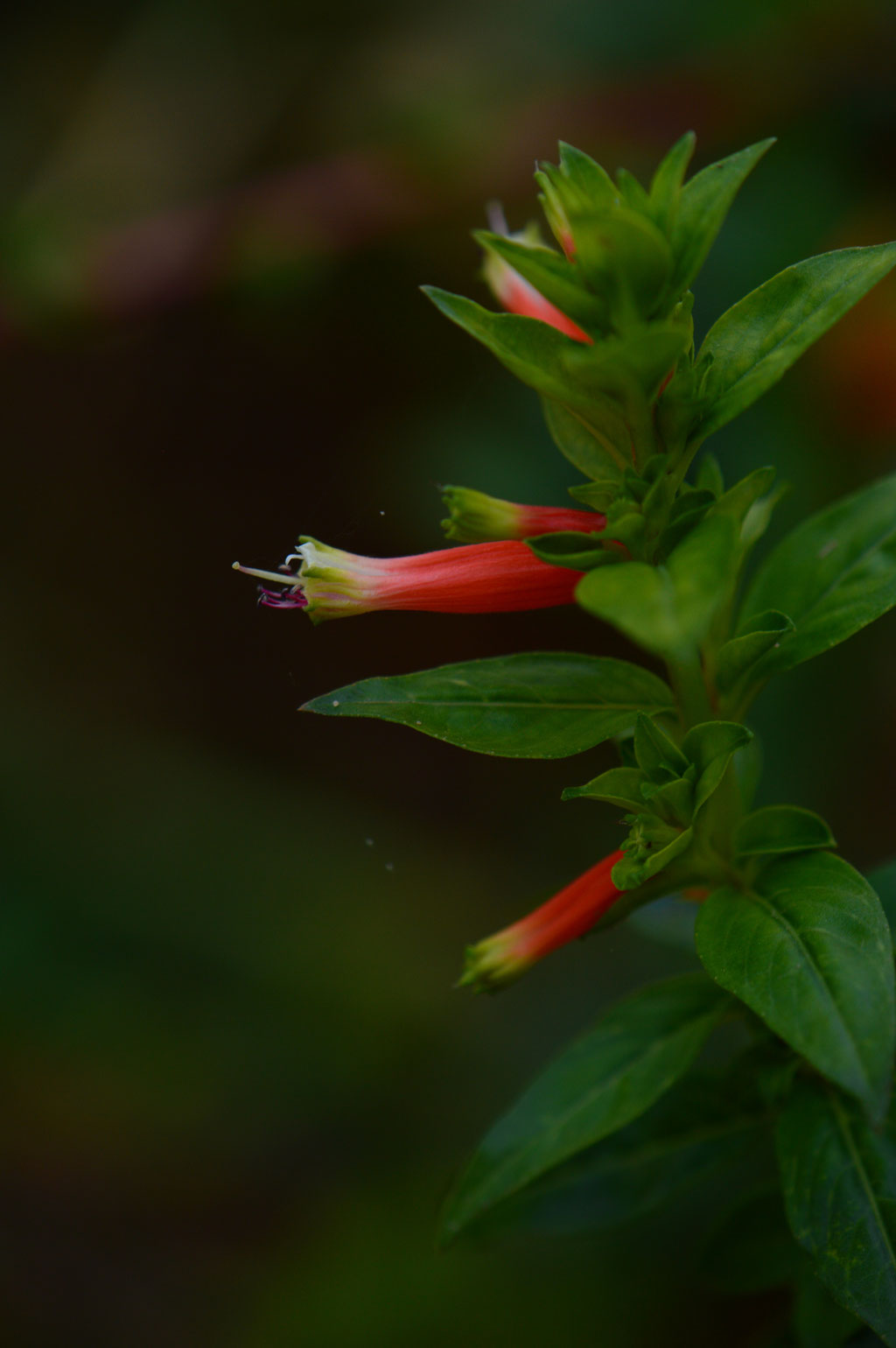 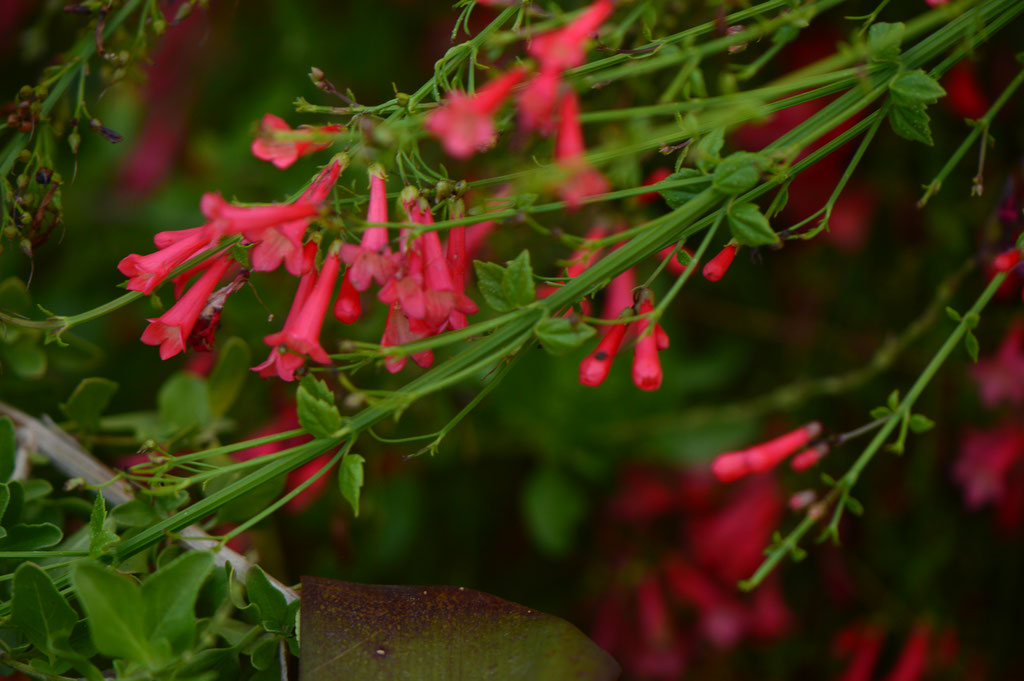 She was sipping out of the scanty flowers of Lavandula multifida (left, below).  I find it interesting that the hummingbirds enjoy some of the lavenders so much.  This and "x Goodwin's Creek Grey" are the favorites.

Meantime a single stalk has opened on L. x intermedia, which makes it the first summer-blooming lavender in the garden.  As you can see from the center photo, the first stem can hardly be said to still be flowering, but others (far right) are coming. 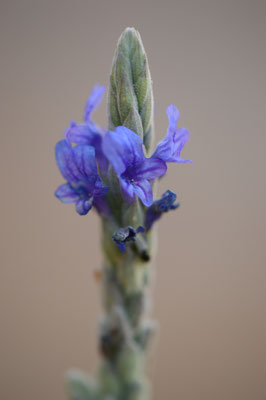 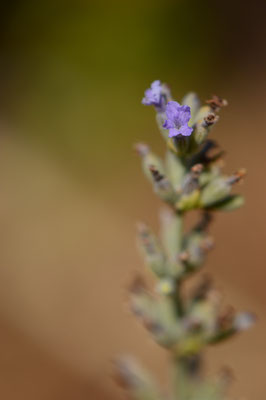 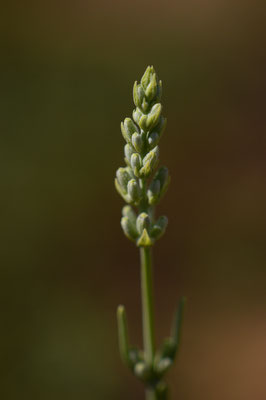 One of the surprises of this month's bloom day is rose "William Shakespeare 2000".  It got a little extra water at a critical time and has responded generously with a light scattering of fragrant bloom.

The miniature roses were beaten back by the heat and drought, but they are normally the first to bounce back.  Here are the usual lavender and cream/pink, doing their best given the season.  Their shortened petals and pale colors are one of the usual responses to the excessive heat, so not a cause for concern. 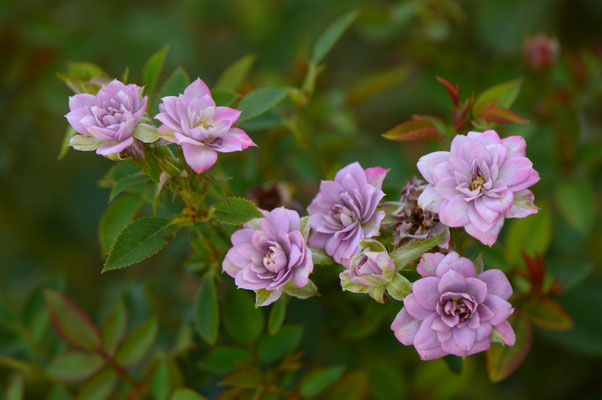 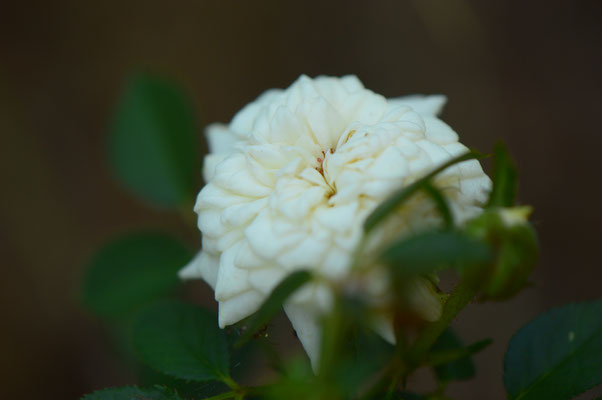 Their neighbor  has surprised me this summer.  After nearly dying - repeatedly - last summer, the dainty Salvia "Summer Jewels" has been fairly reliable this year.

Then there is an unexpected bit of bloom from the still-standing hollyhock "Creme de Cassis".  I keep promising myself to cut it down now that the seven foot stalks are faded and brittle after their wonderful early summer showing, but I haven't done it yet (see my last post); and now and then my dubious delay is rewarded by a small, fresh bloom peeking out from the brown and tattered mess.  Here is one.

It is plants like the autumn sages (Salvia greggi) that give me the most hope for the later part of summer.  I still feel I have a real lapse as the season wears on toward autumn.  But it is much too early to think of autumn...!

Thank you to Carol at May Dreams Gardens for hosting this monthly look at what is in bloom!  This is the leanest time of the year in the desert garden, unlike so many gardens which are reveling in the riches of July.  But that is how the weather goes...!