Here it is the middle of the month of October.  Daytime temperatures are still staying upwards of 90 F/32 C, and there is no rain in sight.  But for all that, it is autumn here as well as elsewhere in the Northern Hemisphere, and my garden is delighted. Let us begin with the roses, as I have waited a long time to see them coming back into bloom.  They have only just begun, and I need to keep a closer eye on them for the best showing.  But here are a few to start with! 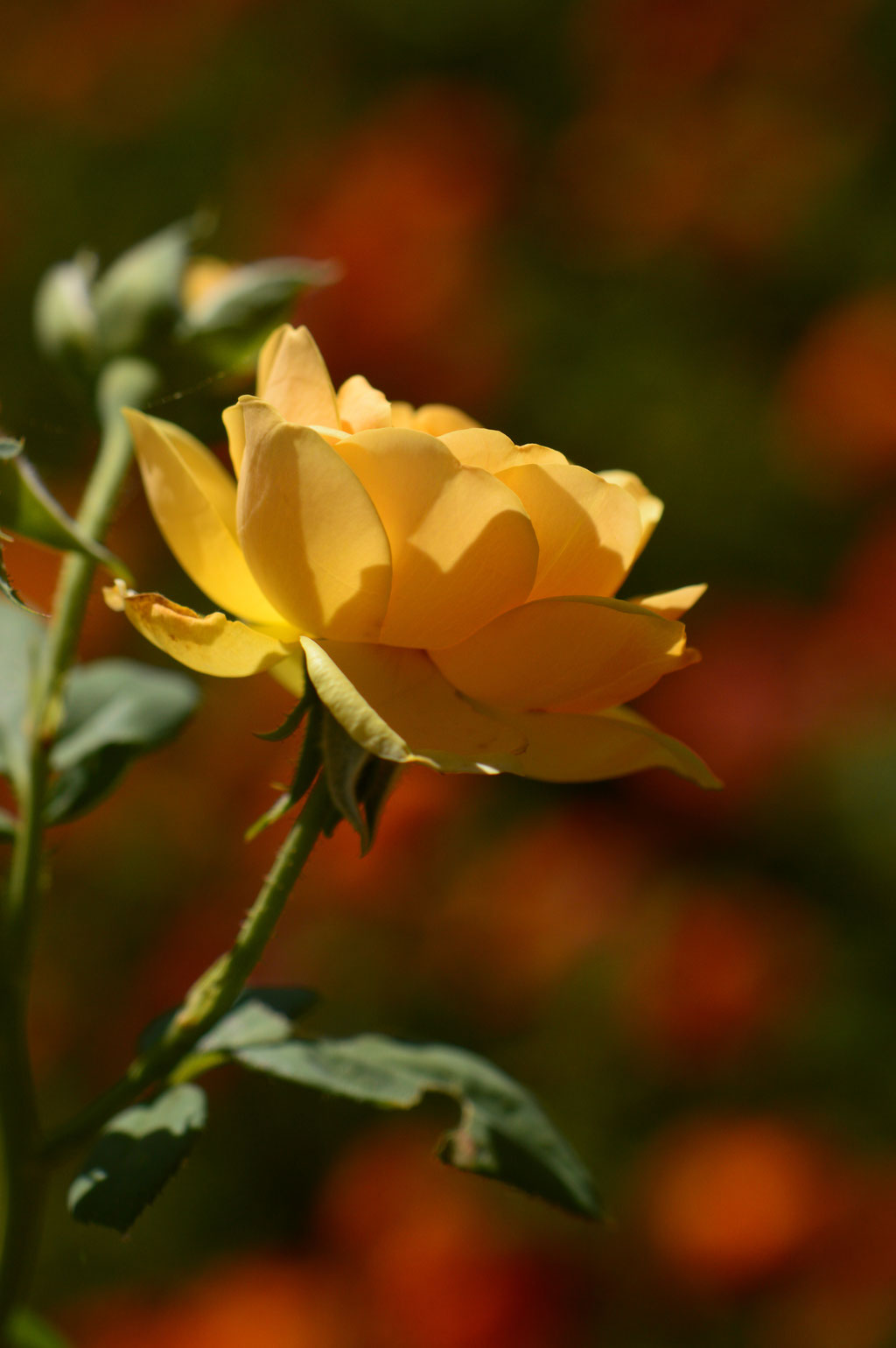 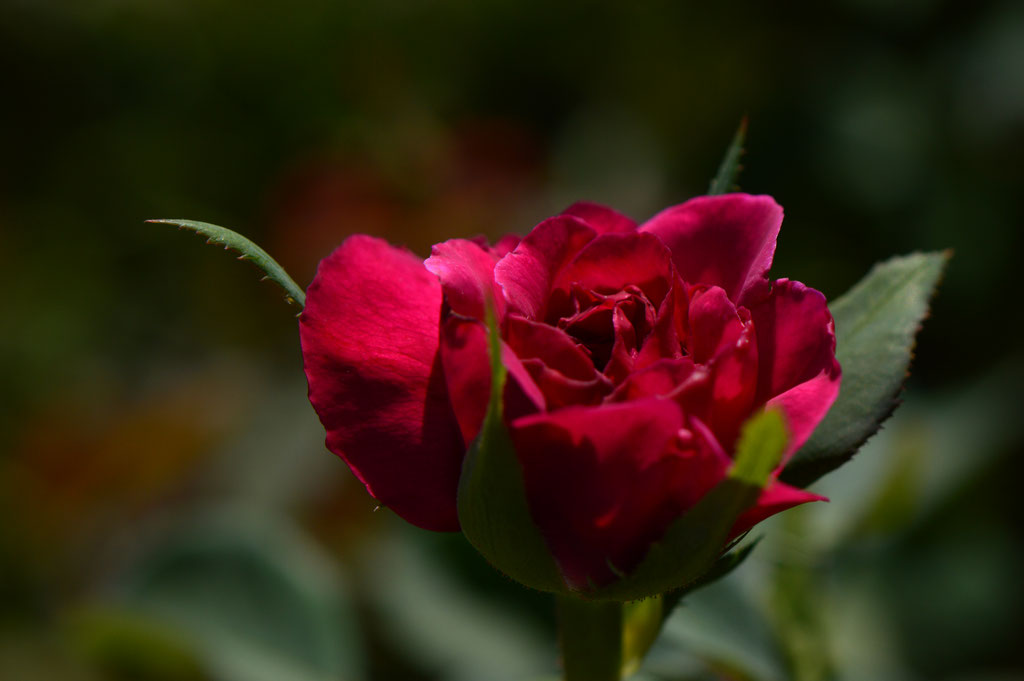 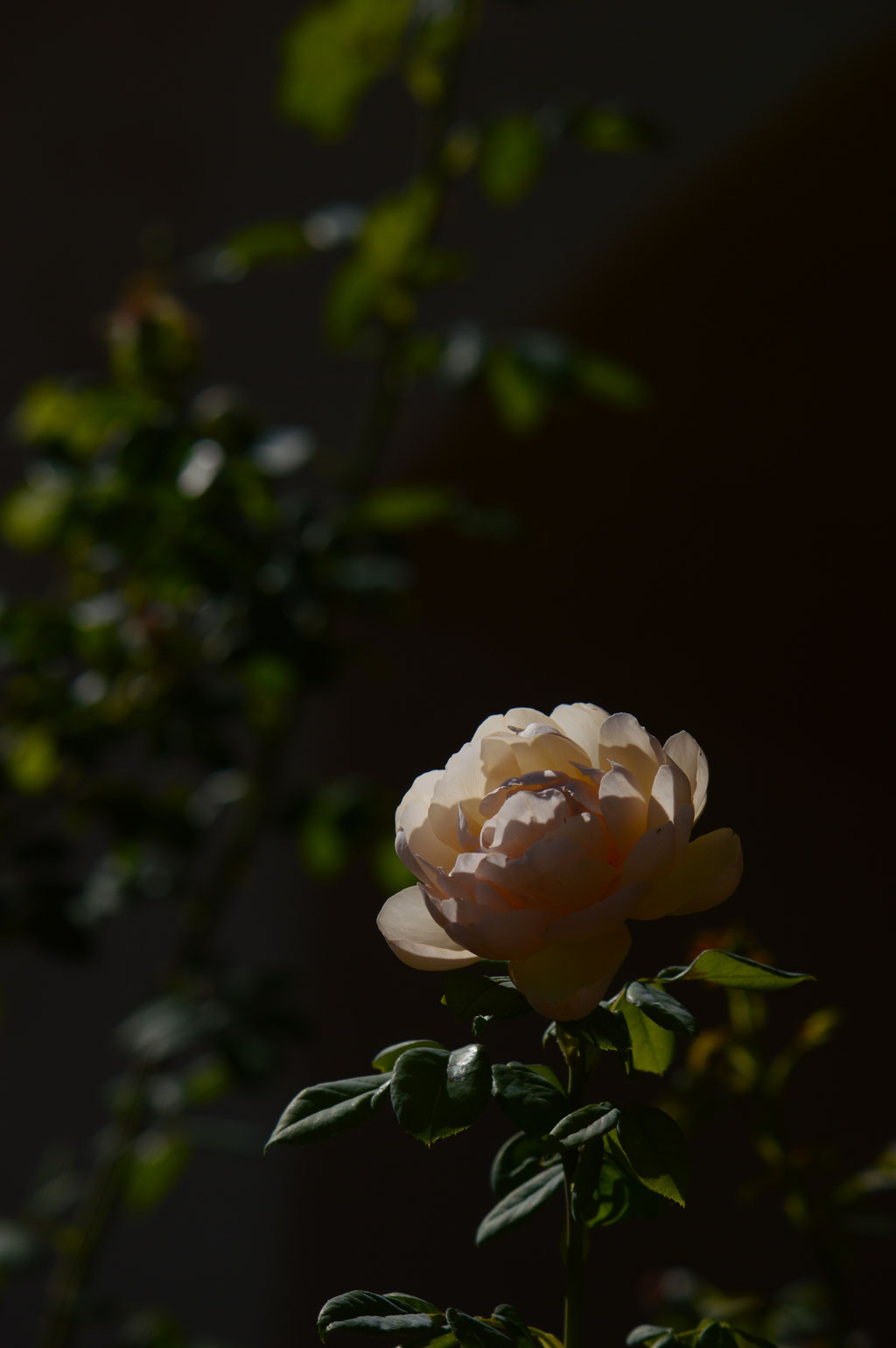 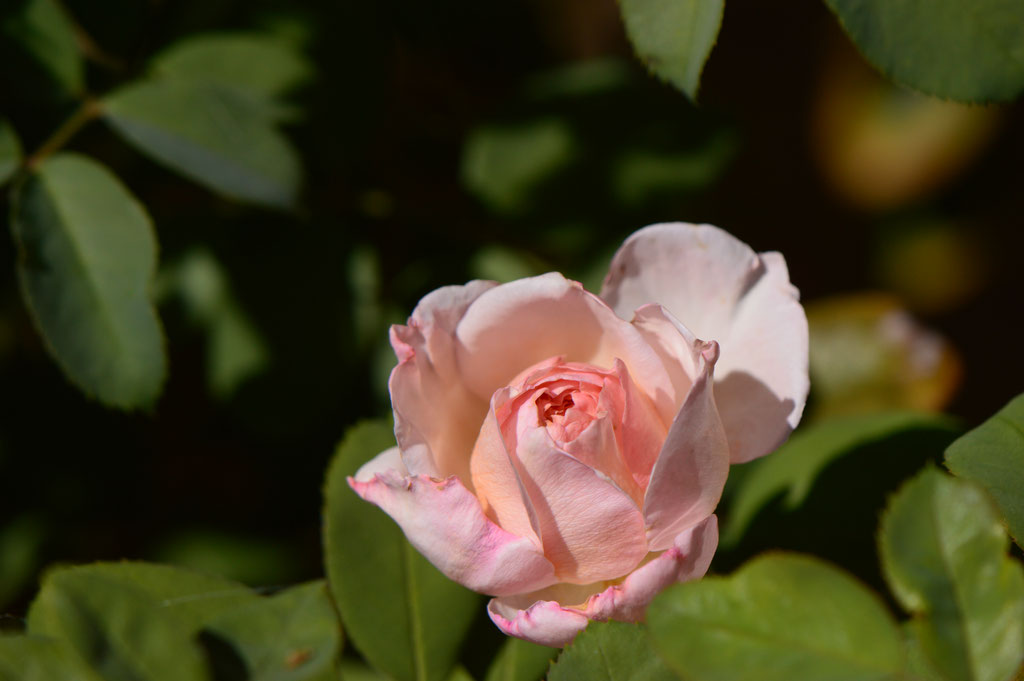 Then come the miniature roses... 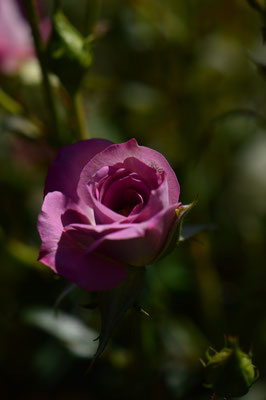 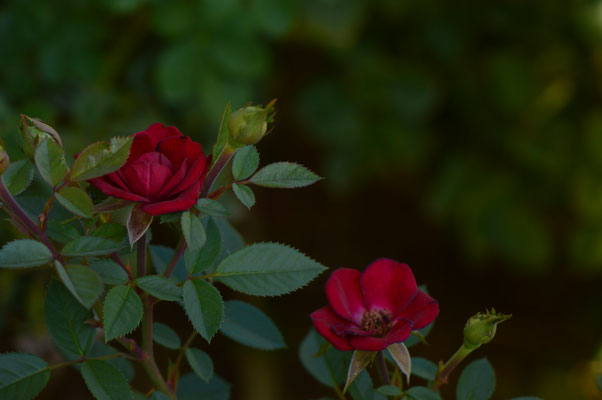 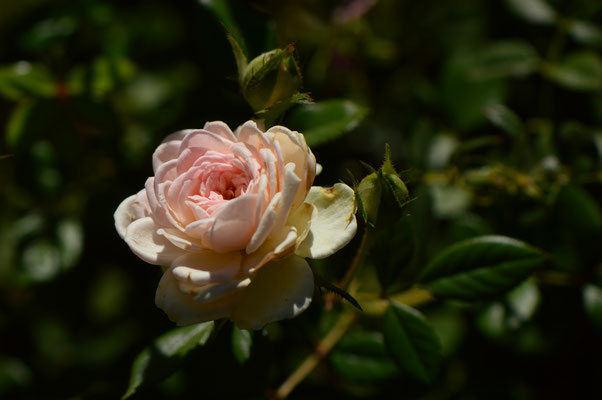 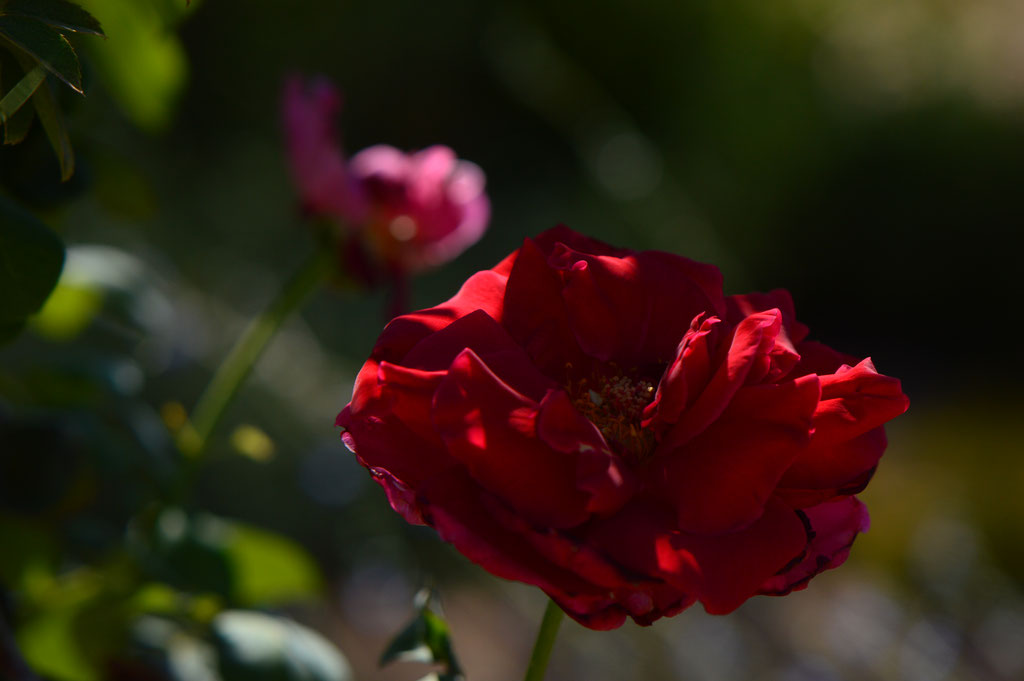 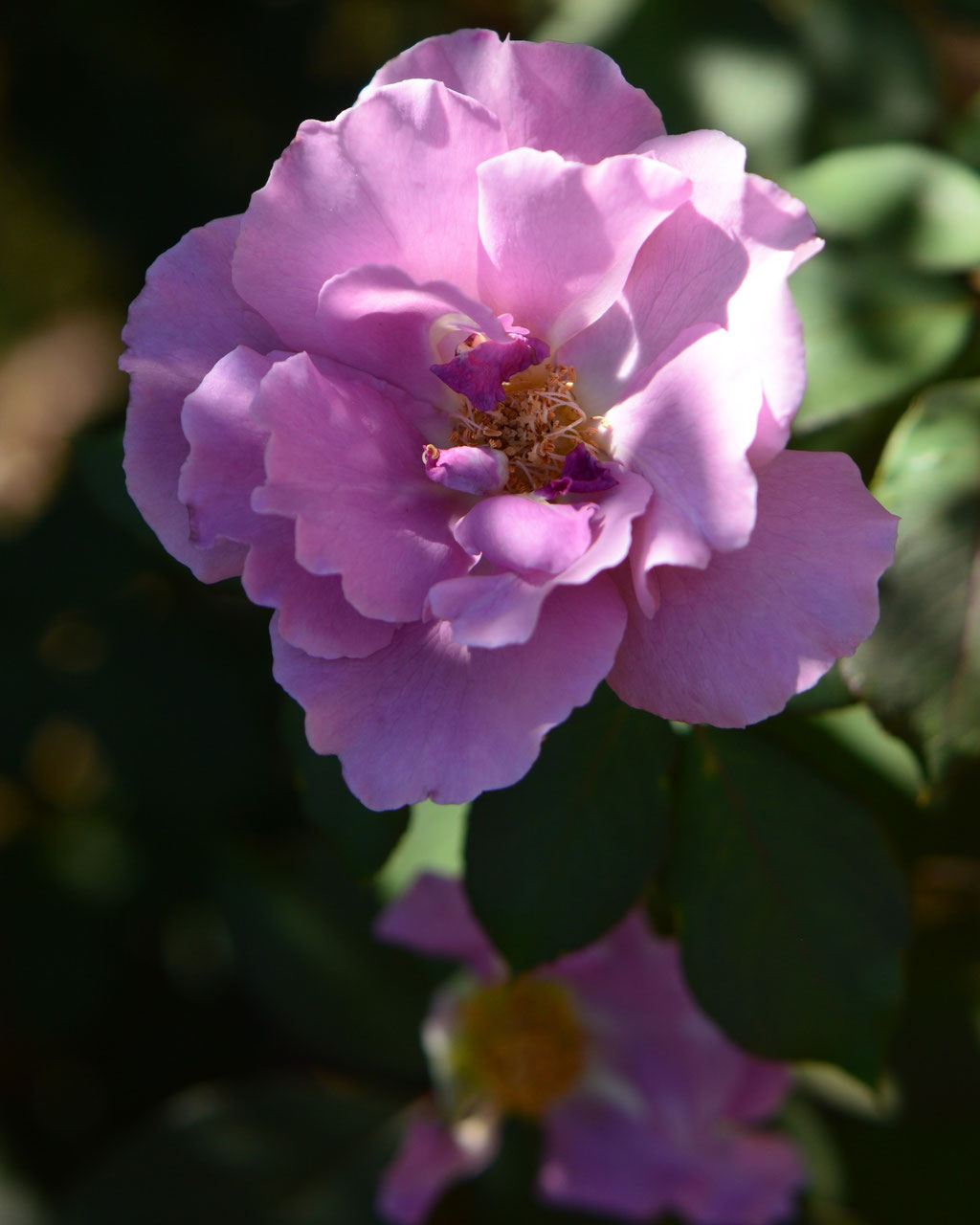 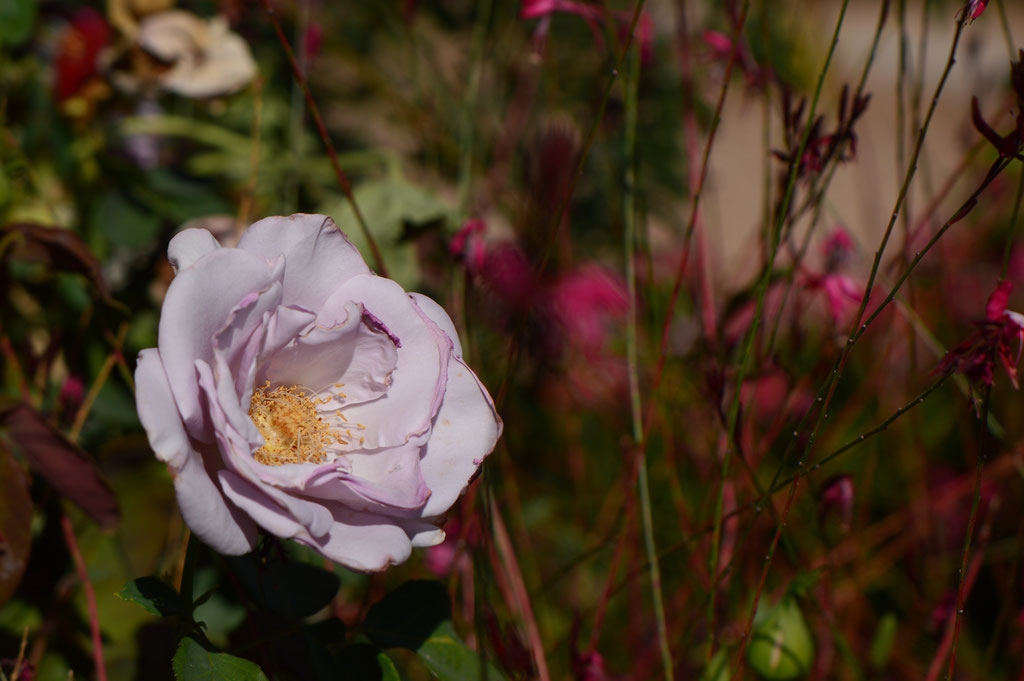 Lavenders are coming back into bloom.  All of them rested in late summer.  Left to right are Lavandula multifida, L. dentata, L. x "Goodwin's Creek Gray", this last against a carmine backdrop of heavily flowering Gaura (Oenothera lindheimeri noID). 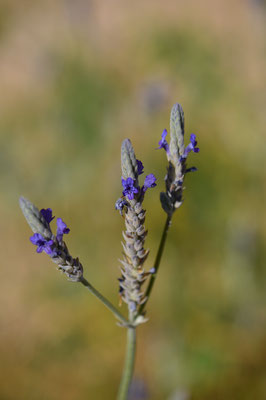 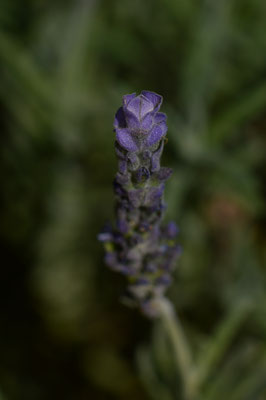 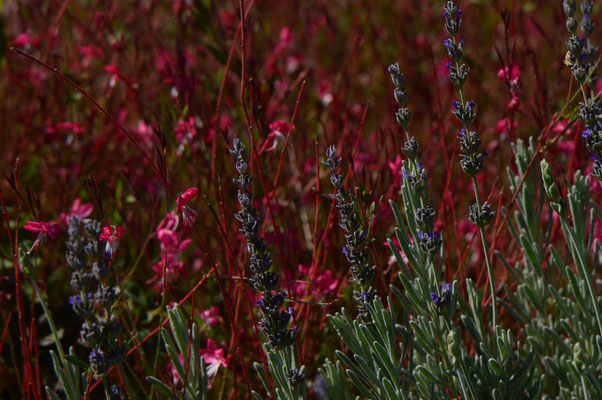 Of course, it is also a splendid time for sages of all sorts.  Clockwise from upper left: Salvia farinacea, S. reptans, S. greggi (seedling), and S. greggi "Autumn Moon". 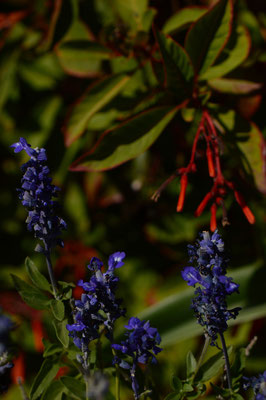 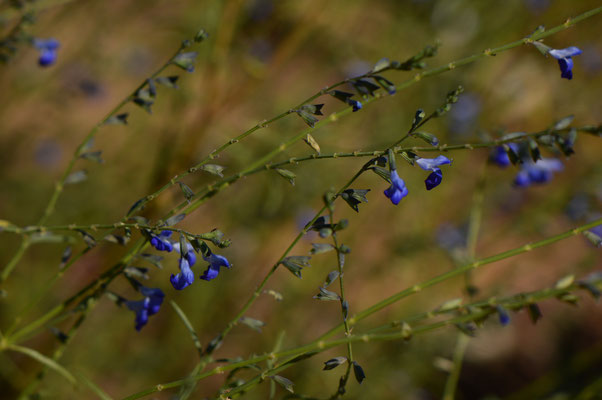 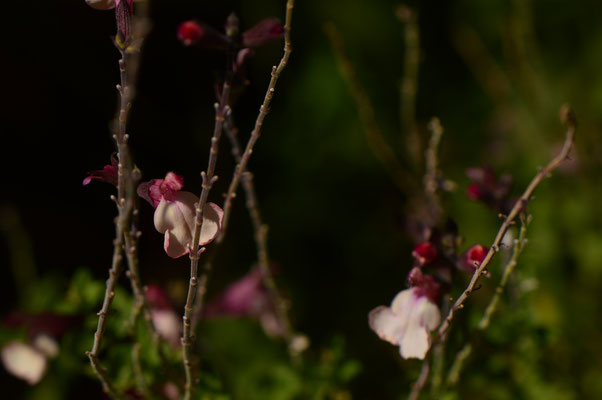 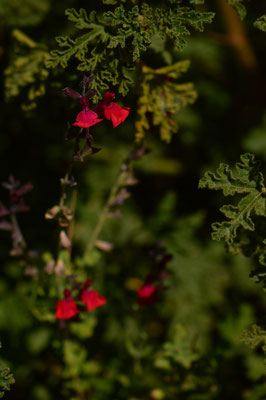 But the great and unexpected display this autumn comes from the continuing robust bloom of Salvia leucantha "Santa Barbara", which has spent two years getting to this point!

One plant, many seasons, many colors: here is Catharanthus roseus, my go-to source for summer color, which lasts well into early winter.  There are various hues in the garden now, the first (below) blooming with Eremophila hygrophana, the last coupled with Cuphea ignea "Vermillionaire". 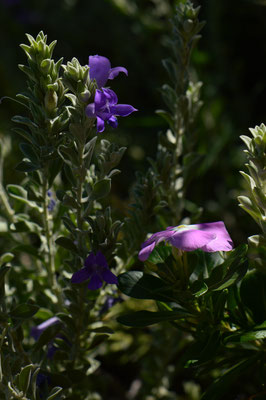 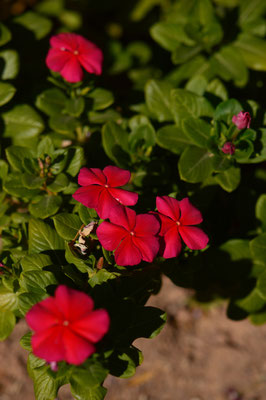 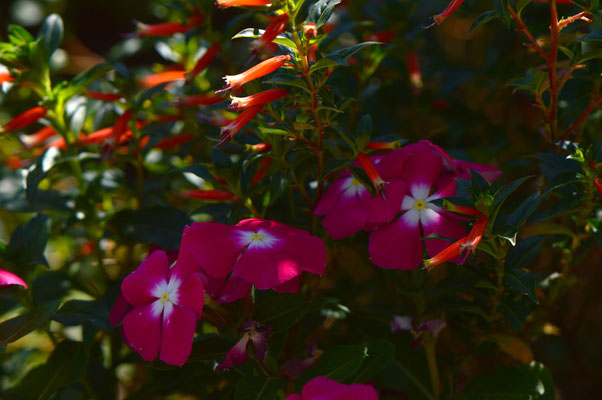 Clearly I should have cut back Lantana "Denver Red" a little more; it is now clambering unapologetically into Euphorbia tirucalli "Sticks on Fire". 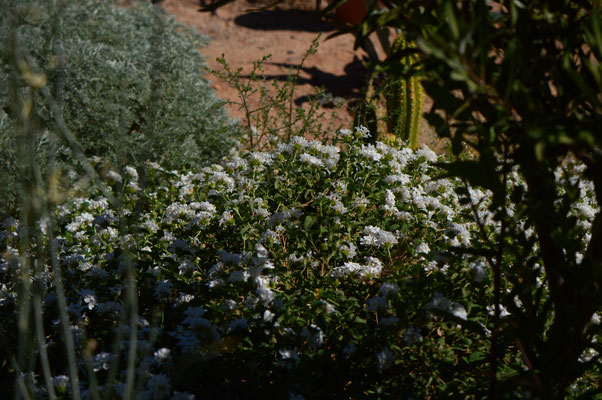 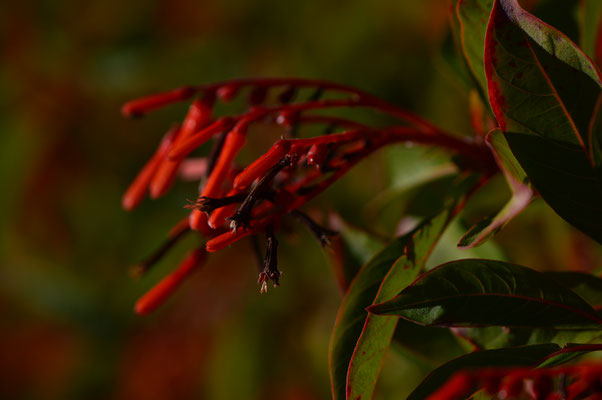 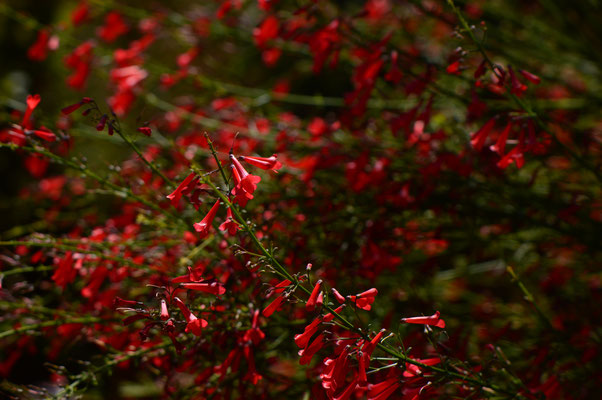 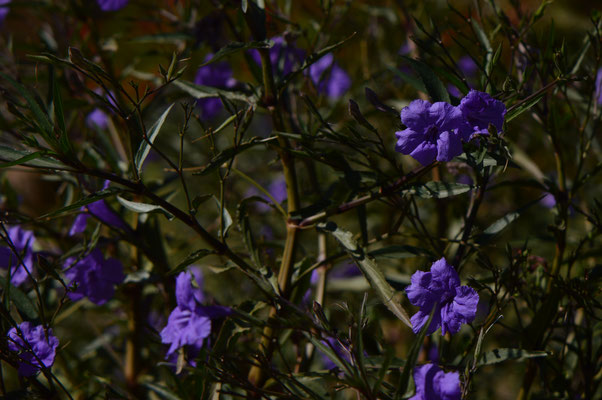 But it is a good time for the desert natives as well.

Here are some of the season's first flowers on Justicia californica, which should bloom from now till early next summer.

Another desert plant in bloom is Calliandra californica; the bees clearly enjoy even the spent blooms.  And yes, that is a hollyhock blossom (from "Creme de Cassis") in the background!

There is even a little bit of bloom on Leucophyllum frutescens (probably "Green Cloud").

As for other types of plants, the chrysanthemums are not flowering much yet, but these few are an achievement, as it means I have successfully carried the plants through the summer to another autumn.

This is the first-ever flowering from the beautifully textured grass Muhlenbergia lindheimeri "Autumn Glow", which is shown against the blue of Ruellia brittoniana.

With a somewhat similar effect, Pennisetum setaceum rubrum is growing in front of Perovskia atriplicifolia (below).  Bouteloua gracilis "Blonde Ambition" was just replanted in the front of the East Border.  I needed to cut it back, but took this picture first. 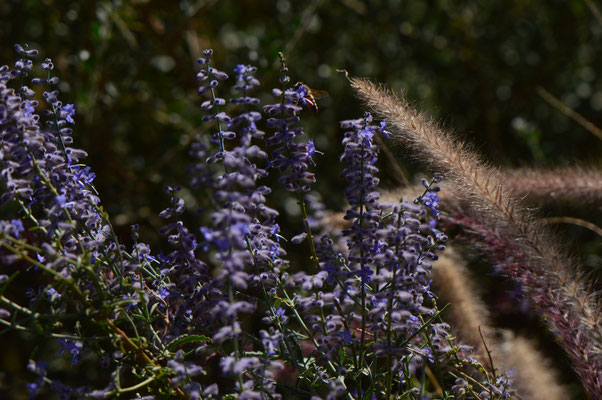 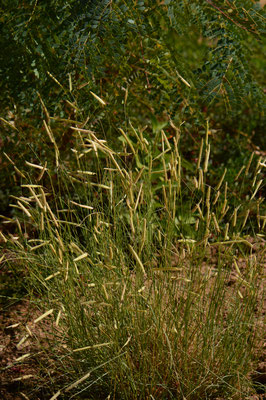 And a plant just finishing its bloom season is the wonderful Berlandiera lyrata, the Chocolate Flower.

Well, there were more.  And a few just setting buds, but I could not put everything in.  It is nice to have an abundance of blossom again!

Thank you to Carole for hosting Garden Bloggers' Bloom Day at May Dreams Gardens!

And as you can see, I was not the only one out enjoying the flowers!  Here is a bee on Salvia reptans.