April is a rich month in the garden.

I don't have the time or space to share everything that is in bloom; this post will be photo-heavy as it is!  But here are some highlights, in no particular order.

Well, some order.  Because we must begin with the roses, no? 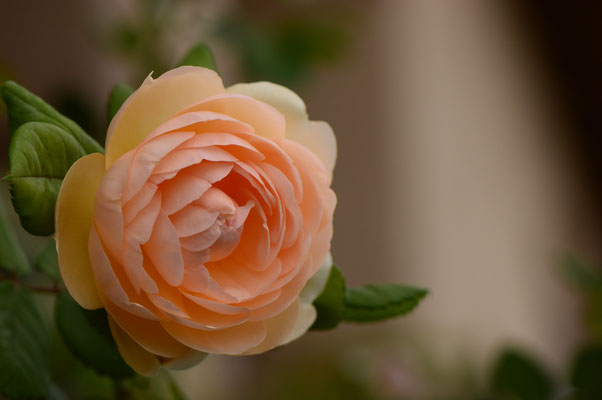 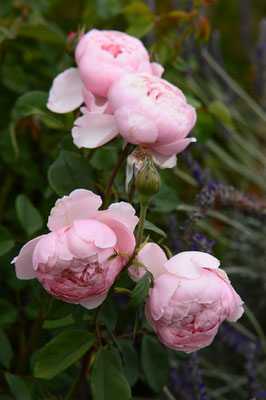 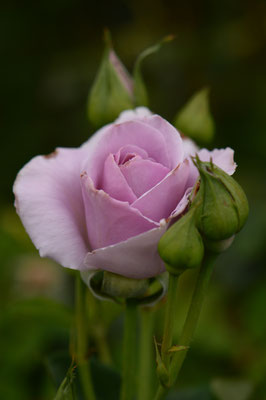 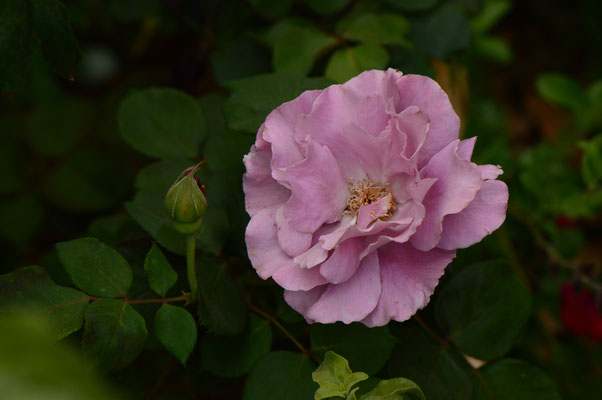 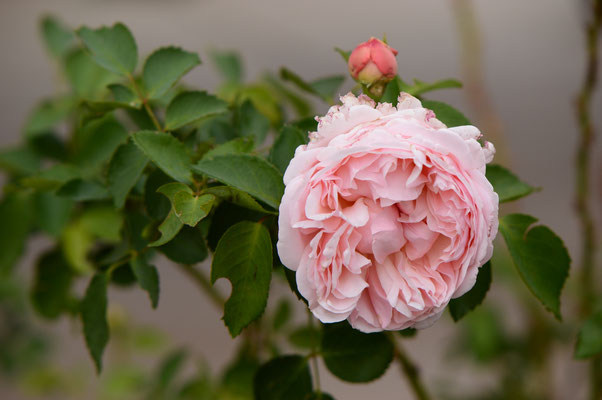 As I explained in my last post, I love the combination of rose 'William Shakespeare 2000' with Penstemon pseudospectabilis 'Coconino County'.

And there are some rose hips lingering where I've missed pruning, such as here on 'Wollerton Old Hall', set against the bright red of Russelia equisetiformis.

Even when I prune heavily in late winter, I always leave some flowering stems on the Russelia, so the hummingbirds are never without its nectar - one of their staple flowers.

Other sources of red include the Baja Fairyduster, Calliandra californica 'Baja Red'.

There are also flowers on the dwarf bottlebrush, Callistemon viminalis 'Little John'.  They always have such a luxurious look, with their red velvet stamens brushed with gold.

There are some spectacular new arrivals just now.  Among them is an early bearded iris, a glory of yellow shaded with apricot.

Also the Hippeastrums have just begun to flower.  'Ambiance' (left, below) and 'Naranja' are the first to open. 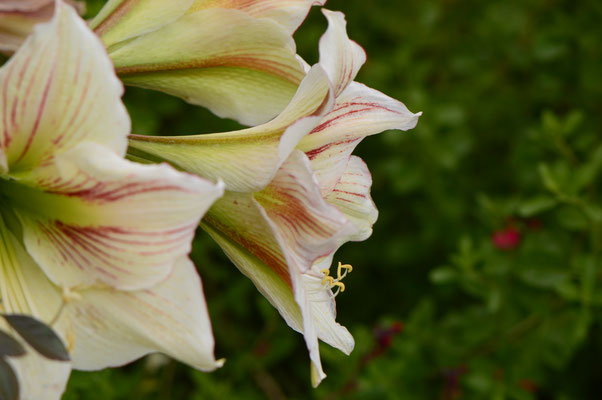 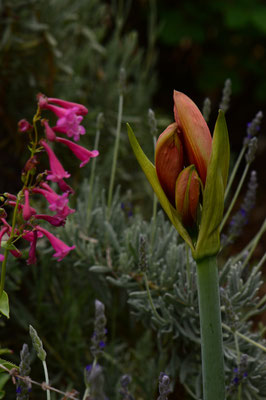 There is plenty of yellow in the garden now.

Blooms on Alyogyne huegelii are still plentiful, though smaller than they were a month ago.

Further up the North Border, Lavandula multifida is blooming wildly, supported by the low blue flowers of Salvia farinacea.

Here is a closer look at the brilliant blue of Salvia farinacea.

Lavandula dentata and Asclepia subulata flower together in the White and Silver Garden.

There is more brilliant yellow bloom from the two Palo Verde trees that are supposed to be forming a short allee just past the rose border.  I believe this is Parkinsonia x 'Desert Museum'.

And lastly, I can't resist slipping in the pink flowers of my small Mammillaria, which resides in a large container with a couple of other specimens.

Thanks to Carol for hosting this wonderful meme!